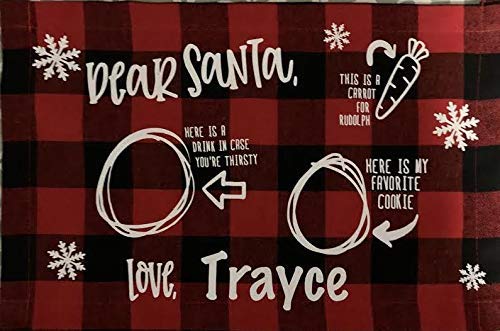 Set the table for Santa with this 100% cotton personalized placemat! Customized with your last name or your child's name.

"p" There's a special spot to leave a cookie, baby carrot, and a drink for Santa! Accented with cute snowflakes this 18 x 12 inch placemat is a great addition to your Christmas Eve preparations!

These can be customized however you'd like, so if there is a modification you would like just send us a message!